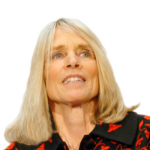 We were shocked and deeply saddened to learn of the tragic and untimely passing of Dr. Pamela Hartigan, Director of the Skoll Centre for Social Entrepreneurship, on August 12, 2016. Pamela was a friend and close mentor of mine whom I met while I was an undergraduate at Brown University. She first supported me in organizing a course at the Universidad San Francisco de Quito in Ecuador, on social entrepreneurship in emerging markets and later became a close advisor during my time at the University of Oxford.

Pamela, herself of Ecuadorian descent, was an early supporter of EO and served as a member of EO’s Advisory Council, providing important insights and guiding us as we evolved our organizational structure and theory of change. She will be incredibly missed and our deepest condolences go out to her family.

By David Poritz, Co-Founder and President of Equitable Origin